Korfball is a mixed-team ball sport that brings together aspects of netball, handball and basketball. The Exeter Korfball Club (ECKC) has been running since 2003 and now fields two teams in the South West Korfball League.

Club Chair, Steve Pring, said “We were pleased to be able to pass on our old shirts to such a worthwhile project, and would like to thank both our sponsors for making this possible.”

The Mengo Cubs is a sports project in Kampala, Uganda, which uses sports to get street and slum kids back in education. By training them in football and netball they are able to secure sports scholarships. Currently 62 players receive full scholarships, including some of the best schools in the country. A further 10 players study at university on scholarships with four more starting in September, and the project celebrated its first graduate in January. The Mengo Cubs trains kids from age seven up and is represented on the under 15, under 17 and under 20 national teams. As most of the players are either street kids or orphans, it targets boarding schools for scholarships with the project providing a home for 30 boys during the holidays.

Rachel Jones from the Mengo Cubs said, “We are extremely grateful to Exeter City Korfball for the shirts – kit is expensive to buy in Uganda and even then still second hand. The project is run on a shoestring budget so the donation of 24 shirts means we can focus our limited funds on entry to tournaments where the players can be seen by school scouts, match fees, food, medical treatment and other essentials.” 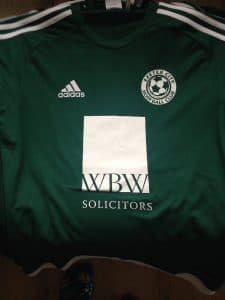 As well as sponsorship of the kit, the money from WBW and Charles Stanley has supported the club in achieving official accreditation.

Exeter City Korfball Club has recently been awarded ‘Challenge’ status by England Korfball through the England Korfball Inspired (EKI) programme. The club spent nine months gathering evidence to show they meet the criteria for this scheme and they are excited to have now received the official accreditation.

Club Chairman Steve Pring said: “We are really pleased to have been awarded EKI Challenge status. Our club is run by volunteers who put in a lot of time and effort to keep things running smoothly. Receiving this recognition demonstrates that we are on the right track and gives us a framework for the future.”

Both WBW Solicitors and Charles Stanley are proud to support an excellent local sporting organisation, as well as being able to assist in charitable efforts further afield. 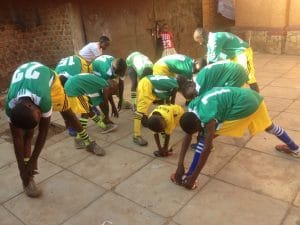