The Supreme Court has declared that the legislation that introduced Employment Tribunal fees is unlawful and must be quashed.

Employment Tribunal Fees (tribunal fees) of up to £1,200 were introduced four years ago and had the effect of reducing claims issued in the Employment Tribunal by up to 70%. Unison, the public sector trade union, challenged the lawfulness of the introduction of the fee regime on various grounds, including that it hindered the right to access justice and was discriminatory.

On 26th July 2017, the Supreme Court ruled that tribunal fees legislation effectively prevents access to justice. As a result, this legislation must be regarded as unlawful and is quashed. This means that individuals no longer have to pay any fee to issue an Employment Tribunal claim and all tribunal fees paid from 2013 to the present day will need to be refunded.

The government has accepted the Supreme Court’s ruling and has confirmed that it would stop taking fees immediately and begin the process of reimbursing all fees paid. The process for reimbursing fees has yet to be announced and it is not clear how the government will deal with cases where fees paid by a claimant were subsequently reimbursed by the Respondent.

At present, we understand that tribunal claims cannot be submitted online, while the government website is updated. Claims can only be issued by completing a claim form in hard copy and submitting it to the relevant tribunal office. However, it is likely that this will be resolved soon.

Since the judgment came out, there has been discussion about the possibility of tribunal claims now being commenced in respect of matters which are out of time, but where individuals claim that they were deterred from claiming by the unlawful fees regime. It is too early to say how tribunals will handle applications to extend time on this basis, but we can expect to see a number of test cases on this point.

Longer term, it remains to be seen whether tribunal fees will be scrapped altogether or whether the government will consider introducing a new fairer, more proportionate system; perhaps one in which all users of the tribunal system (that is, employees and employers) are asked to contribute towards the costs of running the system.

This ruling has been described as a momentous decision and the most significant employment case for many years. Employees now no longer have to contemplate having to pay an employment tribunal fee before issuing a claim or before a hearing.

For employers, this is bound to mean the potential for more claims against them and less bargaining power in settlement negotiations. 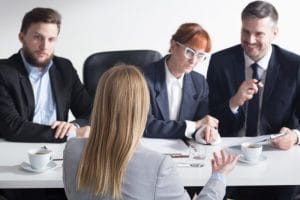