Falling out with someone you do business with because of a contract dispute can be emotionally draining, costly and time-consuming.  Sometimes there is a complete breakdown in trust which makes it impossible for you to continue working together.   On other occasions your relationship might be salvaged if you can agree a way to resolve your differences.  In either case, when a breach of contract occurs it is important that you know your rights and the options available to you to try to sort things out.

If you, your supplier, agent or a customer are in breach of contract your first port of call to see what the possible consequences might be, and how any resultant dispute might be resolved, should be the contract itself.

A well-drafted contract will set out not only what each person or company’s obligations under the contract are and how the contract should be performed, but also any rights of redress where a breach of a contract term occurs, together with a suggested way of resolving any disputes.

Second step, determine how serious the breach is

Any failure to act in accordance with the terms of a contract will constitute a breach of contract, but you need to assess the seriousness of the breach to understand the ramifications.  Sometimes the breach will be so severe that the other party will be entitled to terminate the contract and claim compensation.  On other occasions the breach will not be serious enough to justify bringing the contract to an end but may still warrant a small amount of compensation and perhaps an apology.

The consequences will depend on the nature of the term that has been breached.  Most contracts will categorise terms according to their significance, with only the most fundamental terms entitling the contract to be terminated.

Where compensation needs to be paid this should be for an amount which, to the extent possible, puts the innocent party in the same position they would have been in had the contract been properly performed.  So, for example, if there has been a delay in finishing a project with a strict deadline which has cost you £10,000 in lost business, a compensation payment for this amount may be in order.

It is important to be aware that if a breach of contract occurs and the innocent party fails to object to it, they may be taken to have affirmed the contract.  Where this happens any right to terminate will be lost, but a claim for compensation may still be possible.

It is not uncommon for commercial contracts, and an increasing number of consumer contracts, to provide for disputes to be resolved without the need to go to court; for example, by stating that negotiation or mediation should be tried first, or by compelling the use of arbitration or adjudication.

Avoiding court where possible is always advisable as court proceedings can be costly and time-consuming.  However, in appropriate cases the court can provide an effective way of resolving contract disputes, particularly those that are very complex.  Court proceedings may also be needed where the payment of compensation is not an adequate remedy for the breach that has occurred.  This might be the case where, for example, you want to force your supplier to perform a specific act, or you want an agent to refrain from doing something that is causing you damage.

Even where court action proves necessary, hopes of a mutually acceptable resolution should not be abandoned.  Your solicitor may be able to negotiate an appropriate settlement.

Contract disputes can become protracted, especially if you decide to make a stand on principle.  Positions can become entrenched and costs can begin to spiral out of control.  This is where your solicitor can help, by enabling you to see things objectively and from a commercial perspective.

It is also worth bearing in mind that if the dispute cannot be resolved amicably and the matter ends up before a court, the general rule is that the losing party will have to pay the winning party’s costs.  You may be rubbing your hands together at this point if you think you are likely to win, but in the majority of cases the costs you get back rarely reflect the true costs that have been incurred, particularly when you consider the disruption to your business.

If you are involved in a contract dispute, or require dispute resolution advice more generally, please contact Justin Osborne, a Partner in the Dispute Resolution department, on 01626 202408 or justinosborne@wbw.co.uk. WBW Solicitors has offices in Newton Abbot, Exeter, Torquay, Paignton, Bovey Tracey, Launceston, Honiton, Exmouth and Sidmouth.

The contents of this article are for the purposes of general awareness only.  They do not purport to constitute legal or professional advice.  The law may have changed since this article was published.   Readers should not act on the basis of the information included and should take appropriate professional advice upon their own particular circumstances. 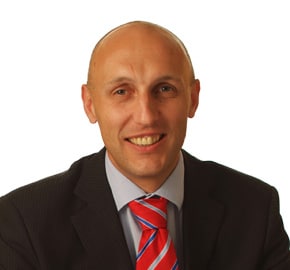