For commercial landlords and tenants, when it comes to negotiating rights over the occupation of a commercial premises, it is vital to ensure that what is finally agreed actually reflects the intentions of both parties – or it could be more than you bargained for.

Both sides may intend to create a simple licence but, as the recent Supreme Court ruling in Manchester Ship Canal Company v Vauxhall Motors (2019) illustrated, if possessory rights are granted, even accidentally, the courts may construe the agreement as a lease, bringing with it onerous obligations which neither party wants.

So, what is the difference between a licence and a lease? Anthony Fripp, a Partner in the Commercial Property team at WBW Solicitors in Torquay, explains the steps can be taken to ensure that those wanting to grant or obtain a licence are not inadvertently left with a lease in disguise.

‘Both a lease and a licence are a type of legally binding contractual agreement between the lessor or licensor and the tenant or licensee, but one is a formal right to occupy a property and the other is intended to be a mere permission’ says Anthony Fripp.

The House of Lords in Street v Mountford (1985) laid out guidelines which highlight the difference between a lease and a licence:

Like a lease, a licence can require “rent” (or a “licence fee”) to be paid and it can be for a fixed term, although it generally allows the licensee to only use the property for a specific purpose for a defined, usually short, time, whereas a lease tends to be for fixed, longer periods.

It is the concept of exclusive possession which is the key differentiator between the two. If you are granted exclusive possession of a property, allowing you to exercise the rights of the landowner and exclude people from the land, then the agreement you have is likely to be construed as a lease, regardless of how it is labelled. This is excepting any rights the landlord has to enter under the lease, for example to carry out repairs.

A licence merely gives someone permission to do something, such as occupy a property, which would otherwise be an illegal trespass. A licence does not usually create or grant a legal interest in the land for the licensee in the same way as a lease does for a tenant. This means a lease can be bought and sold and any sale of the property, during the term of the tenant’s lease, would be subject to the tenant’s lease.

Unlike a licence, which offers little security to a licensee, a lease grants a number of rights and obligations under the Landlord and Tenant Act 1954, unless this is excluded from the lease (which is quite usual). If not excluded, the lease will automatically include strict procedures that need to be followed to evict a tenant. A tenant’s occupation cannot be concluded, even after the lease term has expired, unless the landlord can successfully prove one or more limited statutory grounds for repossession.

Even when a statutory ground is made out, the owner/landlord can sometimes be required to pay financial compensation to the protected occupier/tenant when the lease finally does come to an end.

A licence, on the other hand, creates few rights and obligations and in general can be revoked through giving notice of revocation to the licensee allowing them a reasonable time to leave the property.

If you want to grant or obtain a licence, you are strongly advised to take expert legal advice to ensure that the rights granted are those actually intended and you are not accidentally lumbered with a lease and all the extra obligations this involves. 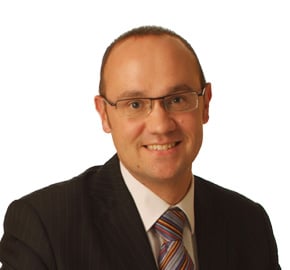