Solving a boundary dispute without going to court – by Stephanie Wintle

Homeowners who feel that a boundary at their property is not where it should be, or that a neighbour’s extension goes over an existing boundary line, could go to court to have the dispute determined.  However, this can prove expensive and in many cases is only financially viable if the homeowner has legal expenses insurance.

However, in some cases homeowners could be better off using a procedure developed by HM Land Registry to resolve boundary disputes, which involves referring the case to the Land Registration division of the Property Chamber (First-tier Tribunal).  Not only could this prove to be quicker, it may also be cheaper and would mean that official records at HM Land Registry are updated directly.

Boundary disputes often surface when there has been a change of ownership in a property or when an existing owner wants to develop or extend their home.

Disputes can also occur when:

The benefit of legal advice

Before taking any action, you are likely to benefit from legal advice to gauge the strengths of your claim or the weaknesses in your neighbour’s position and the likelihood that you will get the result that you desire.

If you are certain that the boundary is not where it should be, you will need to establish:

Our lawyers can help you locate surveys, historic records and other vital evidence, including instructing a surveyor to draw up a detailed plan with measurements to assist you. These records will be essential for any court or tribunal claim.

Options for resolving a boundary dispute

Sometimes, whatever the merits of the case, it may be better to take a commercial view and offer to pay something to your neighbour or come to some other arrangement to have the disputed piece of land returned to you.  For example, if you wish to build an extension, this could be viewed as part of the development cost.  Instructing a lawyer to act as a go between could help ensure that negotiations are concluded and recorded correctly.

A letter from an expert property lawyer could assist with a speedy conclusion to the matter.  Any settlement will usually need to be reflected in a deed and registered at HM Land Registry to show the correct extent of the new or agreed boundary.

While the Land Registry offers a process for resolving disputes relating to boundaries, it is generally advisable to seek legal advice on the merits of your claim before doing so. Where your neighbour contests your claim, the case will be sent to the Tribunal to resolve or will potentially need to be issued at court. A case which has been properly and thoroughly prepared will generally have better prospects of succeeding and will ensure that your claim/Land Registry application complies with any necessary protocols. The advantage of a tribunal case is that the costs are often lower and, as long as you do not behave unreasonably, the likelihood of you having to pay your neighbour’s legal costs are significantly reduced. This is a huge advantage over a court claim.

For advice on any disputes relating to your home or land, please contact Stephanie Wintle at WBW Solicitors on 01803 382 806 or by email at stephaniewintle@wbw.co.uk. WBW Solicitors has nine offices across the South West in Newton Abbot, Bovey Tracey, Torquay, Paignton, Exeter, Launceston, Exmouth, Sidmouth and Honiton. 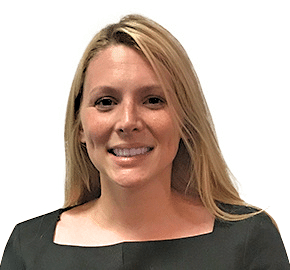